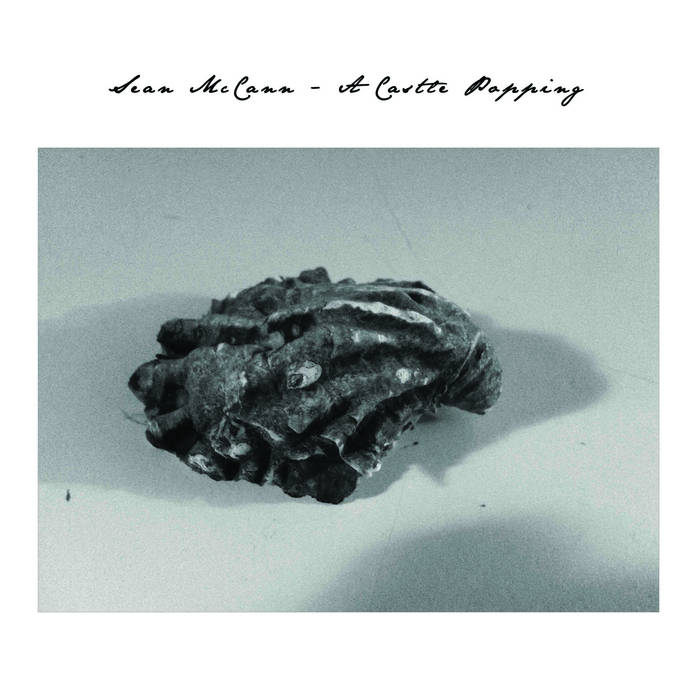 A collection of recordings from 2013 & 2014. This is the first solo release by Sean since Music for Private Ensemble. A display of six recent pieces, not to be taken as a formal ‘album,’ but whatever floats your boat!
The first side holds abstract vocal-based work. Recorded in hotel rooms during business trips in Las Vegas and Spain, and later manipulated on tape.

The second side is serene; featuring a recording of McCann’s first formal composition for quartet, Victorian Wind, performed by the Thin Edge New Music Collective. The LP concludes with two works for piano, recorded and edited at my old home in Pasadena, CA.

Review of the LP by my friend Ryo Kuramoto:
“Sean Mccann. Appearance, such as the boy who stored the Moustache, wrapped himself in a non-contemporary wardrobe that do not meet size, such as the father of the hand-me-up, young Sean who love cigars and cognac, the most among the people that I met in LA It is a strange man. No, it is not that and said, Myo~tsu is because not breathe Weed Even though human LA. Sean aesthetic is he is alone always universal radiance that does not depend on age resistance.

Voluntary release by the huge amount of CD-R and cassettes, it is also feeling a little different flavor from the archives of the vigorous activity of the same period of the LA local artists. For example, or a scene belongs, together work hard to other artists (perhaps Matthew Sullivan but it’s for the Sean) is unclear. It’s not an exaggeration to say that it is not almost influenced by contemporary artists.

Beautiful melody that can be what loneliness is played. I wonder overstatement. In addition, there is a reputation for mastering Works also called a craftsmanship, is also the driving force behind the shadow of the current US experimental scene.

However, it but was a short time, if you are living together with him, actually Sean is to did not impression that crowded put in the same period of the artist, also flavor you are looking for hedonic vision seems to LA and to not, for nor faces the experimental music with a California manner Yul as LAFMS know. You do not know is his solitude to explore the contemporary music in stoic and academic until this much in that youth.

Troy Schaefer label (Second Family Band, etc. Worms Blood) a taste of Sean to release any solo work and ideas Fire Company of embodying, he will be released soon from <Reshitaru (Recital)> of the latest album is I am allowed to listened to jump ahead, but this is a masterpiece. and traveling to Almeria of this work ── Spain that has been produced in a different time and place, while accomplishment wine and cheese while eating octopus and olive, were processed in overly PC vocals taken from USB microphone in a hotel room and by dropping things on the tape further Moteasobi, opened the curtain in an unusual track overlaid the piano melody that expresses the exoticism, continued to much inspired by the voice Works in the “layered essay” of John Cage. And, for the first time himself in Canada to The thin edge New Music Collective (the Thin Edge New Music Collective) were asked to play along wrote the music, and the main part by the willingness work with a sequence that is under the mathematical rules It marks the climax, the most Shaun of mental landscape, close the curtain at the piano Works approaching dry and lonely.

From Matthew David to how-to-dress-well, the latest work of Sean that modern US indie artists speak loudly the impact, and Shimiiru in mind.

Then, foreign land, we apologize and secretly in a different language media. Had been eating steal the refrigerator of food is me. Sean Mccann, because I because what you come to buy was the one most delicious.”

Sean McCann (b. 1988) is a composer / experimental artist based in Los Angeles, California.

Here you will find a comprehensive library of McCann's CDs, LPs, and cassettes.

Bandcamp Daily  your guide to the world of Bandcamp

Featured sounds by K.Spark and WIZDUMB, plus Basi joins the show to discuss his latest release.